Full Width: ON | OFF
Panel Scroll: ON | OFF
Cottage Country Craftsman 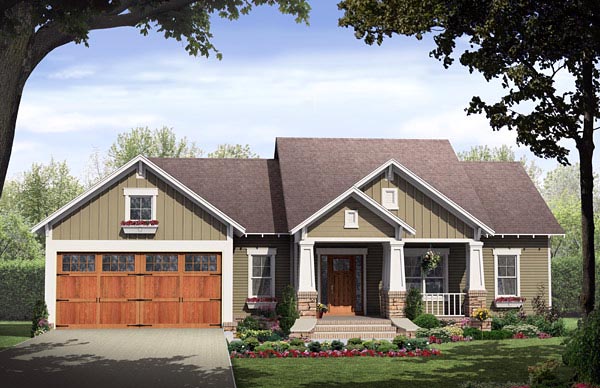 This home provides a very functional split-floor plan layout with many of the features that your family desires. Expansive master bedroom with trayed ceiling and plenty of storage space in the his and her walk-in closets. Large great room with vaulted ceiling and gas log fireplace. Front and rear covered porches. Open kitchen layout with plenty of counter space for that growing family. Great value with a wide variety of innovative features. This home also features 6" exterior walls to make room for additional insulation. Make this your home today!

** 1 Set order does not include a License-To-Build. For bidding purposes only. Customer can upgrade order within 90 days.

What is Included in this House Plan?

Plans range in number of pages from 5 to 13 pages on 24" x 36" sheets. Printed on a wide-format xerox machine to guarantee quality of the prints and very good legibility. Prints are printed on white bond paper. Reproducible plans are printed on eraseable vellum.

This Plan is a USDA Rural Development Certified Plan

Our modification team is ready to help you adjust this plan to fit your needs. Receive a FREE modification estimate by completing this form.

View an actual, LIVE cost report. This report is for demo purposes only. Not plan specific.

Q: Does this plan include 2 x 6 exterior walls?

Date Posted: 27-Jun-18
Q: Do you have a walkout basement for this plan? If not, what would be the modification charge?

A: Hello, The existing basement is a non walkout type. We do not have a walkout basement version. It can be modified to be a walkout on the rear, with a basement level covered patio under the rear porch. Normally we would locate the basement exterior doors under the rear porch to provide some weather protection. Windows and doors would be added wherever you like. The interior of the basement level comes as unfinished space, with 9' tall exterior walls. There are a few interior support posts as shown on the attached basement plan, but otherwise, its just open space. If you wish to build walls downstairs and use them for support, instead of having the beam and support posts, we can add those revisions later. The fee to modify the rear to be a walkout, and add whatever windows and doors you want in the basement would be $295 in addition to the purchase of the plan package. Allow 2 to 4 working days for preliminary plans, and another 4 to 8 working days for final plans. Thanks.

Date Posted: 11-Oct-17
Q: Need to know the measurements of the master shower.

Date Posted: 29-Sep-16
Q: Can the garage door be in another material?

A: Sure. You can use whatever garage door you like. We dont specify any particular brand or type, so you would have to choose a door anyway.

Q: Can I make modifications to this plan?

A: Yes you can! Please click the "Modifications" tab above to get more information.

Q: What is the estimated price to build this plan?

A: The national average for a house is running right at $125.00 per SF. You can get more detailed information by clicking the Cost-To-Build tab above. Sorry, but we cannot give cost estimates for garage, multifamily or project plans.

Got a question about this plan? Ask the Designer any question you may have. NOTE: If you have a plan modification question, please click on the Plan Modifications tab above.

Photographs may show modified designs. Image quality may be compromised. 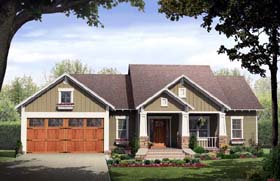 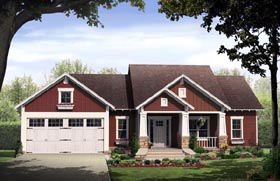 House Plans by this Designer 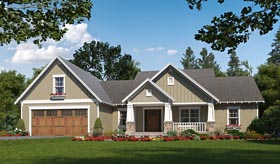 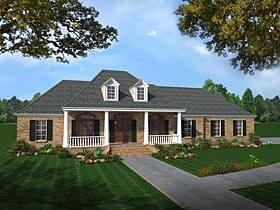 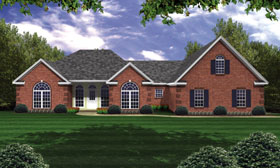 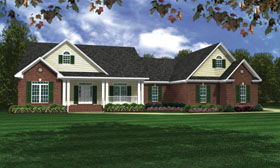 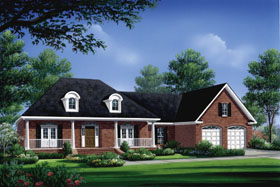 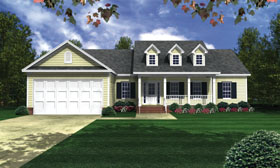 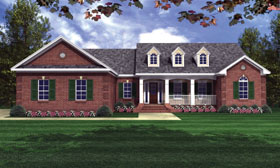 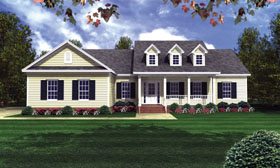 More Plans by this Designer